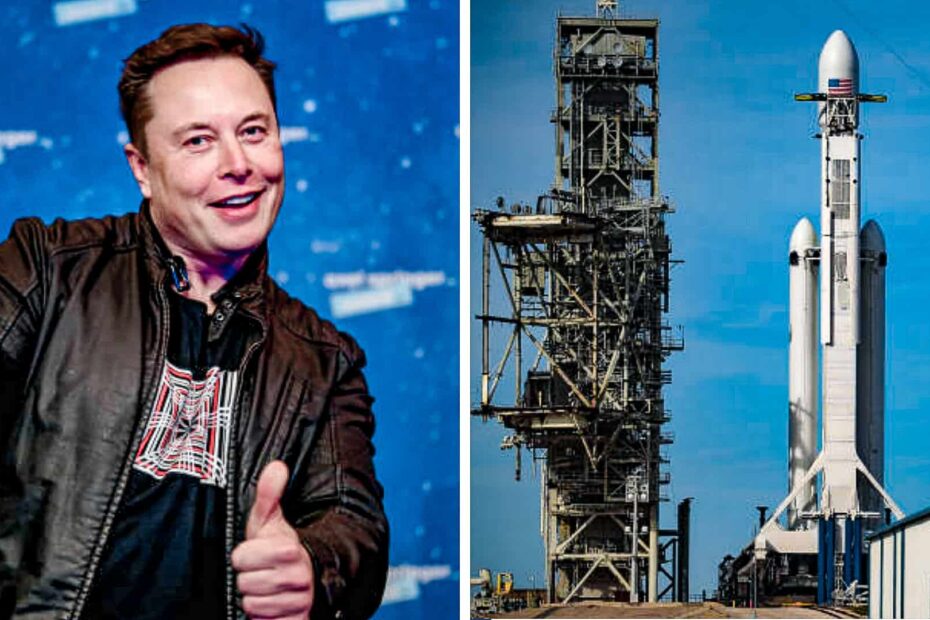 During the Starlink launch we could see that the Orbital Launch Pad at Launch Complex 39A was under construction. You can see the first tower section here, the boom for the LR11350 crane to be built, and some strange ring structures.

During this week the giant crane in the Powerboom configuration is converted to its upright position, ready for the construction of the orbital launch and integration tower. SpaceX is lifting the first section of the tower atop a concrete base.

In this section, along with all other complete prefabricated tower sections, a variety of railings, lift shafts, doors, walkways, hardpoints, plumbing, and more are pre-installed. Once stacked, each section and all of its plumbing and hardware will just need to be connected after each stack.

The process should be far easier and faster than the SpaceX methods used in South Texas. Speaking of the Orbital Launch Tower, Spaceflight Now also captured parts of the chopstick arms as they were making their way to the cape on the back of a truck.

After that, another section of the launch tower became ready to be stacked, and very soon it was piled up. Meanwhile, after completing its work on the Megabay, the Buckner LR11000 crane (not to be confused with the SpaceX one) was last placed at the Texas Starbase production facility.

Once it completely lay down on the ground, the teams began to isolate the giant animal. Right next to the site where Broad Bay is being built is the new Star Factory building, which has made a lot of progress since the last time we talked about it.

Thanks to these amazing aerial views from RGV Aerial Photography, we can see the true scale of this massive building. The team is already working on the roof, with the insulation already being laid and then the roof paneling.

Once they’ve picked up the pieces for the end wall, we should really start seeing work on the roof ramp. Nearby we see a load of air conditioning units which we think would be installed here on the left. It will be hot in here too so definitely a requirement.

After being transported to the launch site last week, the B7.1 test tank was placed on the CAN crusher and attached to SpaceX’s LR11000 crane to be carried to the crusher base. The crane was taken apart, and it soon put the can crusher cap on top.

The next step before testing the course is to attach the ropes to the bottom of the crusher. So yes, this whole stack was sitting there next to the so called Edom test tank. A completely separate test tank that doesn’t have stringers like the 7.1 tank above.

As we get closer to the exciting test campaign of Booster 7 and now ship 24 with orbital flights just a few months away.

Still optimistic for July. So yes, it would be fun to see how much effort it would take to complete the whole process. The news of the week was actually the rollout of Booster 7, this time with all 33 engines installed.

On Thursday at 11 a.m. it bounced off the wide bay leading to the launch site on Highway 4. SpaceX posted some aerial shots on its Twitter account, check out these. Giant 70 meter tall animal where with humans for scale.

Just an hour after arriving at the launch site it was finally time to look at the giant tower arms or chopsticks as they are affectionately called Lift Booster 7 on the orbital launch mount. Seeing that it was his first time, he took it very slowly and carefully.

This ensures that it is completely stable before finally lowering it without damaging the external 20 Raptor Boost engines. Once all the hold down clamps were in place.