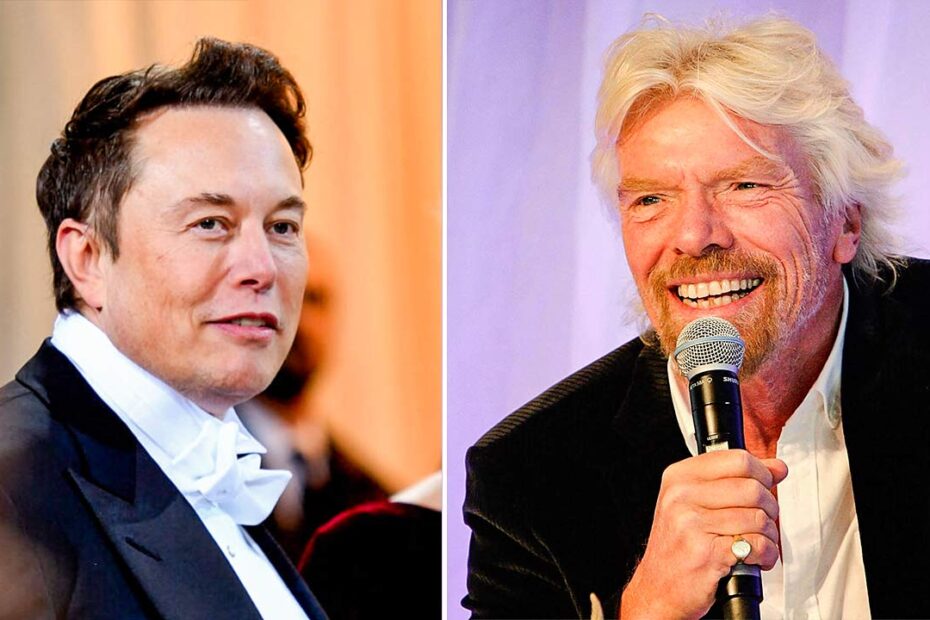 Richard Branson said he woke up in the middle of the night to find the SpaceX CEO barefoot in the downstairs kitchen with his baby X Æ A-12 after a staff member let him inside.

Richard Branson said, I think it was about 2:30, and I got up and jumped out of bed two hours before the scheduled time, and then I actually realized I had given Richard Branson the wrong time. That he went to get coffee in the kitchen and saw that Elon had decided to surprise us.

Richard Branson said, basically, he is a nocturnal animal. He doesn’t really sleep at night and gets his sleep and during the day we make a cup of tea and sit outside under the stars. Elon Musk later joined Branson at the New Mexico spaceport before the latter soared above to experience weightlessness for a 90-minute Virgin Galactic flight, beating Jeff Bezos’ Blue Origin flight by nine days.

Virgin Galactic’s next flight is this summer and Branson said he’d be happy to fly Elon Musk for a while, but he clearly has his hands full with Twitter at the moment. Elon Musk has said he would love to hitch a ride on Virgin Galactic as SpaceX focuses more on orbital spacecraft.

He said that what Richard Branson is doing is good. It’s so cool and I’ve actually bought a ticket. I’m asking for a date. I’m not sure when, but I want to fly on this thing.

Richard Branson told the Times that Elon Musk is extremely smart and even more driven, and I admire his ingenuity and his willingness to take calculated risks. He also said, he stayed away from failure on many occasions and kept moving forward. He is the Henry Ford of his generation.