Elon Musk said, “Hey, I just got here.” “I think we’ll have fewer gaffes in the future.” 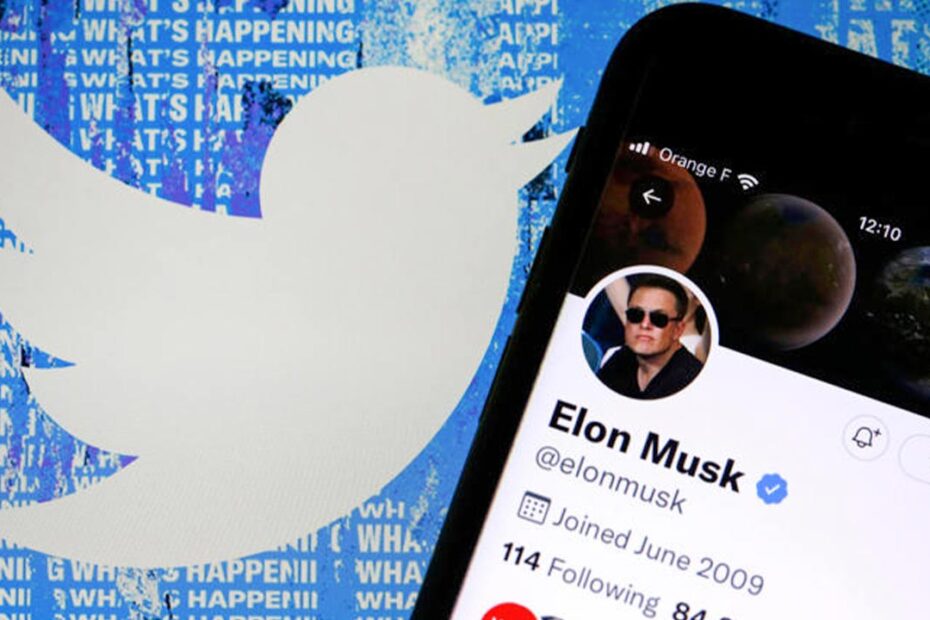 According to Business Insider, Twitter suffered its first massive outage on Wednesday since Elon Musk took to the platform. Downdetector saw nearly 10,000 people submitting problem reports, which started around 5 p.m. PT. Problems were reported in several countries in North America, Europe, and Asia.

Elon Musk responded to some affected users discussing the report, saying: “Works for me. Twitter’s web-browser platform was primarily affected, with some users being automatically logged out and with the error message Greeted: “Something went wrong, but don’t worry – it’s not your fault. Let’s try again.”

When Elon Musk replied to users, it was unclear whether the Twitter CEO was tweeting from his phone or the website, as Elon Musk has removed the feature that indicated which device the tweet was sent from. The outage resolved after three hours when the downdetector report returned to baseline.

Fears about such outages began when Musk laid off half of Twitter’s 7,500 employees shortly after purchasing the company. And after the cuts, Twitter had about 2,300 employees in November — a decrease of about 70% — according to insider Kali Hayes.

A former Twitter engineer who left before Musk’s acquisition previously told Insider: “If a problem does occur, recovery will take longer because people maintaining core services have been laid off.” Twitter’s last major outage was in July. According to the Wall Street Journal, there were more than five times as many reports on the downdetector, but the problem was resolved within an hour.

Musk admitted to making mistakes on Twitter when he appeared on an “All-In” podcast posted on Saturday. The show’s co-hosts included Jason Calacanis and David Sachs, who mentored Musk when he first appeared on stage. Elon Musk said, “Hey, I just got here.” “I think we’ll have fewer gaffes in the future.”

Elon Musk has presided over several major changes since he acquired the company in late October Billionaire businessman Elon Musk has admitted to making mistakes during his first two months as chief executive officer (CEO) of Twitter.

Elon Musk, who revealed this in the All-In podcast, has assured improvements to the company, Daily Mail reports. That said, my error rate in getting important tweets will go down over time, but in the beginning, we’ll obviously make a lot more mistakes.

These mistakes can be called the reason why Twitter users wanted him to step down from the post of CEO. SaharaReporters had reported how Twitter users voted to remove him from his role as CEO of Twitter after he was asked to vote in a poll.

The final results of the poll showed that 57.5 percent of voters want Musk to leave his role as CEO, while 42.5 percent voted against. Over 17.5 million votes were cast. Musk promised to follow up on the election results but has yet to do so.

Meanwhile, Twitter experienced a major outage on Wednesday, preventing thousands of users around the world from accessing or using key features of the popular social media platform. Amidst the peak of the disruption, Elon Musk replied to a tweet asking if the service was down.

By tweeting that the service ‘works for me’. Last troll from Elon. One Twitter user replied, “Everyone’s feed is broken and that’s okay.” Downdetector, a website that tracks outages using a variety of sources including user reports, has reported more than 10,000.

By late Wednesday, reports of the Twitter outage had declined sharply. Musk tweeted shortly before midnight, ‘Important backend server architecture changes have been made. Twitter should feel more responsive.’ It was unclear whether the outage was caused by a server change, and Twitter did not immediately respond to a request for comment from the Daily Mail.

According to the social network’s status page, all systems are working and there were no incidents on Wednesday. Some users were unable to access their Twitter accounts via desktop or laptop during the outage.

Others took to Twitter to share updates and memes about the service disruption, with some estimating that hundreds of Twitter employees left the social media company in November to fix bugs and prevent service outages. The Engineer-in-Charge was involved. The hashtag #TwitterDown started trending on the social media platform.

Some attempts to log in to Twitter from desktop gave the error message: ‘Something went wrong, but don’t worry – it’s not your fault. Let’s try again.’ The outage comes two months after Elon Musk’s $44 billion acquisition of Twitter has been marked by chaos and controversy.

Sometimes corporate insiders can use a little liquidity, whether it’s to pay for a Premier League soccer team that’s suddenly available for rubles on the dollar, some rocket-closer money to burn in outer space, or $ 44. The Billionaire Social-Media Company You Must Become.

After filtering through the couch cushions, selling stock is often the easiest way for corporate bigwigs to find some pocket change. Guess which C-suite dweller didn’t miss out on buying Twitter and had to sell more shares of his other companies than anyone else this year? Tesla’s chief sold about $23 billion worth of the automaker’s shares this year.

That’s almost 25 times more than Larry Page, No. 2 on our list, dealt in the same time period. Of course it becomes very easy for Elon Musk to sell that much. According to Forbes estimates, Musk’s net worth is around $150 billion. The sale represents just 15% of Musk’s current wealth, and just 7% of his peak net worth of around $320 billion in November 2021.

Tesla stock is down 65% this year, in no small part due to Musk’s sales and concerns about whether running Twitter has become too distracting for Musk to focus on Tesla and whether the expensive new Toys will cost him his future. Will spend more Will also force you to sell shares.

Elon Musk tried to allay fears that more sales were on the horizon. During a Twitter Space conversation on December 22, the billionaire said he was “certainly” not planning to sell any more shares “next year” under any circumstances, and probably not the year after that either.

For Page, the $922 million sale of Alphabet shares is equivalent to about 1.2% of his estimated $76.7 billion net worth. Like Musk with SpaceX, Page could use some of that money to help fund a space odyssey.

Right behind Page was his partner, Sergey Brin, also co-founder of Alphabet, who sold $901 million worth of shares. Those sales, like Page’s, accounted for about 1.2% of their $73.6 billion. And, like Page, Brin has resigned from his executive duties while maintaining his position on the board.

He’s behind a company that’s making zero-emissions blimps. Dean Solen, founder of Sholes Technologies Group, is at the fourth spot with earnings of $599 million. Solan struck gold in the hope of developing the solar industry. Tennessee-based Shoals is one of the largest manufacturers of components for equipment that converts sunlight into electricity.

A portion of Solan’s sales is passed on to the holding companies that control it. Solan had resigned as a member of the board in February. The stock sale represented 50% of his $1.2 billion net worth. Brad Jacobs, founder and executive chairman of trucking company XPO Logistics, rounds out the list.

Jacobs, who is worth $3.7 billion, sold $589 million of XPO stock in 2022, which is about 16% of his net worth. Jacobs left his role as the company’s CEO earlier this year. A portion of his stock sales came from his personal private equity firm, which Forbes counted when calculating his net worth.

For example, on occasion, insiders will sell shares to raise cash to exercise option contracts. They may have more shares initially, but sales are recorded nonetheless. In compiling this list, Forbes didn’t try to understand why an insider sold, only that they did.

Ultimately, what counts as an insider may be in the eye of the beholder. Individuals who hold large amounts of shares are subject to many of the same filing requirements as officers and members of corporate boards. Investors track insider buying and selling as an indication of what may happen in the future for a stock’s performance.

Some will ignore non-executives or board members in their analysis. For this list, Forbes includes all individuals subject to insider filing requirements, but excludes investment funds. The data was collected from the beginning of the year until December 21.

The billionaire never shies away from his critics, and sometimes he resorts to foul language in his responses. Elon Musk does everything possible to differentiate himself from every other executive.

The most obvious management policy on the Twitter social network he bought on October 27 for $ 44 billion. Tesla (TSLA) – Free’s CEO reports that one of the reasons he bought the microblogging platform was to turn it into a hub for free speech.

He describes himself as a free speech absolutist. Therefore Elon Musk has reactivated those banned accounts including former President Donald Trump.

Accounts that were suspended for comments against transgender people have been reinstated. The principle they have laid down is that any message on it is acceptable as long as it does not violate the law of the state or country where it is posted.

The problem is that this principle keeps changing according to the moods of his titular techno king Tesla, with some prominent people, like Musk’s fellow billionaire Mark Cuban, calling for more transparency about what is or isn’t free speech.

For example, Kasturi temporarily closed the accounts of mainstream media journalists who criticized her; The account of a student who was tracking his jet, and comedians and others impersonating him on Twitter.

In fact, there is only one person who decides and decides who is being naughty or nice. Tells the former that they are the ones who have been brainwashed because they do everything social networks, such as Facebook, YouTube, Twitter 1.0 and others, tell them to try and be like CNN and Google.

The character is also one who espouses Black Lives Matter ideologies, defends LGBTQ+, and vacillated because it essentially enforces those messages. The billionaire is being compared to a child. And he took a dig at the user’s comment that he paid too much for Twitter, which was criticized by many analysts.

Black said advertisers would be queuing to come back after that response. Black refers to advertisers who left the Twitter platform to see which direction Musk takes Twitter 2.0.