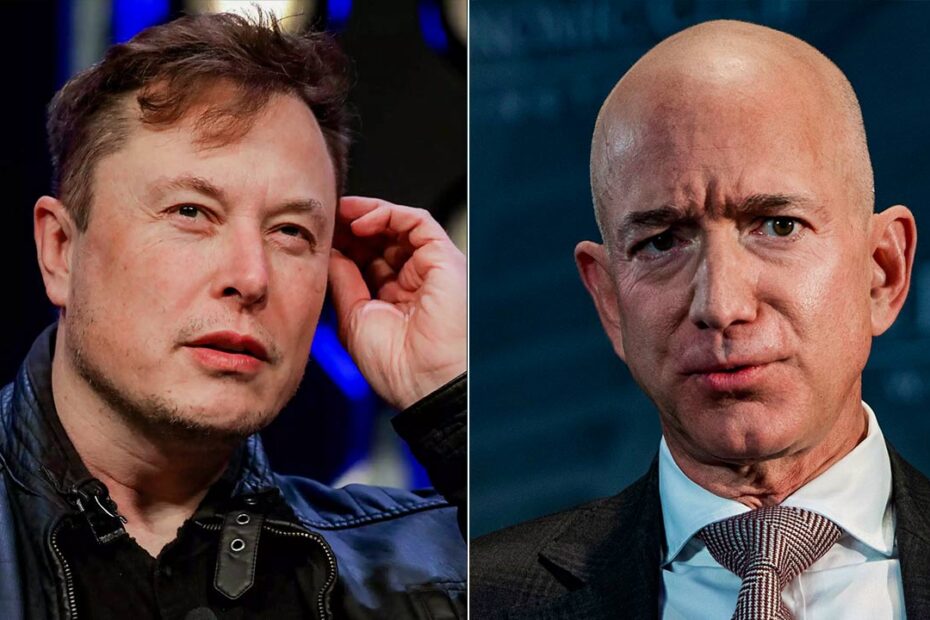 According to Business Insider, Elon Musk has fueled his ongoing rivalry with Jeff Bezos. He replied sarcastically that it was probably a coincidence that another entrepreneur suggested that Bezos copy his ideas.

Elon Musk was responding to a tweet by New Zealand-based German internet entrepreneur Kim Dotcom, who has been fighting extradition to the US for two decades on charges related to his file-sharing site Megaupload.com. Dotcom is active on Twitter and interacts regularly with Elon Musk on the platform.

Elon Musk has been feuding with Jeff Bezos for nearly 15 years and regularly accuses him of being a copycat. The pair have overlapping interests, and often do business as the world’s richest man. Elon Musk is currently ranked second behind French luxury tycoon Bernard Arnault, while Bezos is ranked fifth according to Bloomberg’s Billionaire Index.

Bezos backs Synchron, a company focused on finding ways to enable people to control computers with their minds. Along with Bill Gates and other investors, the startup received $75 million in funding, a portion of it from Bezos Expeditions, Bloomberg reported.

Meanwhile Elon Musk is the founder of neural-interface firm Neuralink, which is trying to develop a device that can be embedded in a person’s brain to record and potentially stimulate brain activity.

The two compete most intensely in the commercial space, although it is debatable whether Bezos “copied” Musk here. The Amazon founder has long had an interest in space exploration, starting the spaceflight firm Blue Origin in 2000. Musk founded his own commercial space firm, SpaceX, two years later.

The two companies have been at loggerheads for years over lawsuits, patents and rocket launches. In 2013, Blue Origin and United Launch Alliance lodged a formal protest after SpaceX tried to gain exclusive use of a NASA launchpad.

Elon Musk said the move was a fake deterrence strategy and told Space News that Blue Origin has yet to build a reliable suborbital spacecraft, despite spending more than 10 years in development. NASA finally sided with SpaceX.

Elon Musk, 51, praised his rival in an interview with The New York Times in 2020, but also said that Bezos was too old to make progress on space travel, even though there is only a seven-year age difference between the two tech moguls.