Elon Musk is ‘one of the great entrepreneurs’ of the last 100 years, says Morgan Stanley’s CEO 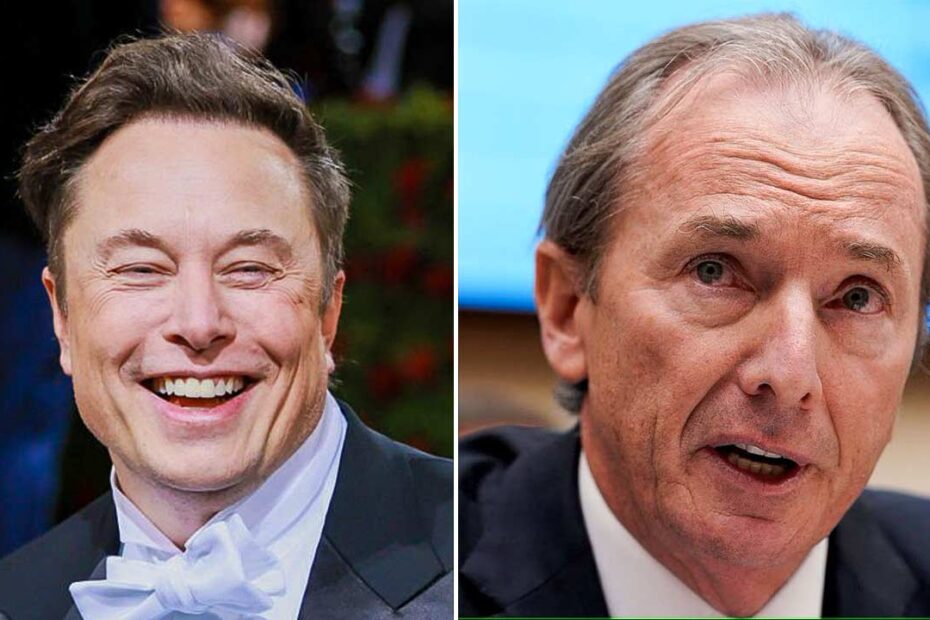 Elon Musk is one of the greatest entrepreneurs of the last century, according to Morgan Stanley CEO James Gorman, and Gorman told Bloomberg TV, “This man has extraordinary abilities.

He said that Twitter, recently acquired by Elon Musk, is also a great company. According to Morgan Stanley CEO James Gorman, who cited Tesla, SpaceX and The Boring Company.

Elon Musk is one of the greatest entrepreneurs of the last 100 years and in an interview with Bloomberg TV on Thursday, Gorman was discussing the loan from his bank that helped Musk acquire Twitter.

Asked whether Morgan Stanley would ever own Twitter, he said no, but called the social-media platform a “great company”. Then he went to its new owner. Elon Musk is one of the greatest entrepreneurs and businessmen of the last century. And that’s not an exaggeration, he said, just take The Boring Company, let alone SpaceX, let alone Tesla. This person has extraordinary abilities.

While Elon Musk didn’t found electric car maker Tesla, he has since become synonymous with the electric vehicle leader. His partnership began in 2008 with an investment of $6.5 million during a Series A funding round before becoming chief executive. Elon Musk’s other endeavors include founding roles at Zip2, PayPal, and SolarCity, which is now part of Tesla.

Elon Musk also co-founded OpenAI, the company behind ChatPGT, but resigned from the firm’s board of directors in 2018 over conflicting artificial intelligence interests with Tesla. Separately, Musk co-founded Neuralink in 2016 to work on “brain-machine interfaces”.

Gorman indicated confidence in Elon Musk’s ability to lead Twitter, which is facing a major restructuring and potentially bankruptcy. When asked about the Morgan Stanley loan, he said, “We are very comfortable with our position.

The praise comes despite widespread calls on Wall Street for Musk to focus less on Twitter and more on Tesla, which has seen its stock nearly 70% from its all-time high. For example, Wedbush analyst Dan Ives said Musk is falling asleep at the wheel at Tesla, while Leo Koguan, Tesla’s third-largest individual investor, has stepped back from being a die-hard Musk fanboy.

Elon left Tesla and Tesla has no acting CEO, Koguan tweeted last month. Tesla needs and deserves a full-time CEO. Twitter reported a 35% drop in revenue on Wednesday. At the same time, Twitter began auctioning off various assets to raise cash, including office supplies such as projectors, whiteboards and chairs.